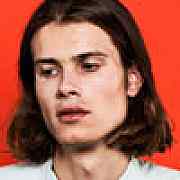 ORIGINALLY POSTED AT Fantasy Literature. Scarlet, the second book in Stephen Lawhead's King Raven Trilogy focuses on Will Scatlocke ("Scarlet"), a disillusioned forester who goes searching for, finds, and joins King Raven's infamous band of thieves. During one of their exploits, Will is caught, sentenced to hang, and thrown into prison where he is asked to tell his story to a priest in hopes that he'll let slip some information that will help sheriff Guy of Gysborne find and defeat the robbers. Thus, most of the story is told in past tense from Will Scarlet's perspective. Even though the pace is slower than in Hood and we're not much concerned that Will might actually hang, Lawhead still spins us a fine yarn -- the story is thoroughly entertaining. And, as usual, we are not just entertained, but enlightened as we get a real feel for the period -- the tyranny of the Freinc, the corruption of the church, the suffering and stubbornness of the Britons. This is what Stephen Lawhead does so well. The characterization is mostly well done. The male characters are all three-dimensional, life-like, and immediately likeable. However, the female characters, most notably Merian and Will's love-interest, Noin, remain flat (I have noticed this lack of attention to female characters in some of Lawhead's previous books). These were strong women whose presence was important to the plot, but whose personalities and motivations were never explored. For example, Bran kidnapped Merian at the end of Hood, and in this sequel she is at his side. Will relates a few observations about their relationship, but we are never sure exactly what that relationship is and whether or not Merian wants to be there or not. I'm sure that Lawhead's intention was to leave this vague, but I found it frustrating (especially since I wondered if Merian knew, or cared, that her family thought she was dead) and wished for a chapter or two from Bran and/or Merian's perspective. Likewise, I wasn't completely convinced about Will and Noin's relationship because I wasn't told anything from Noin's perspective. Again, I listened to this installment in audiobook format. It was the same reader (Adam Verner) who did Hood and I have the same comments: he's got a pleasant and enthusiastic tone, but some of his accents and character voices made me chuckle. If you can listen past that, it's a good format. Read more Stephen Lawhead book reviews at Fantasy literature.